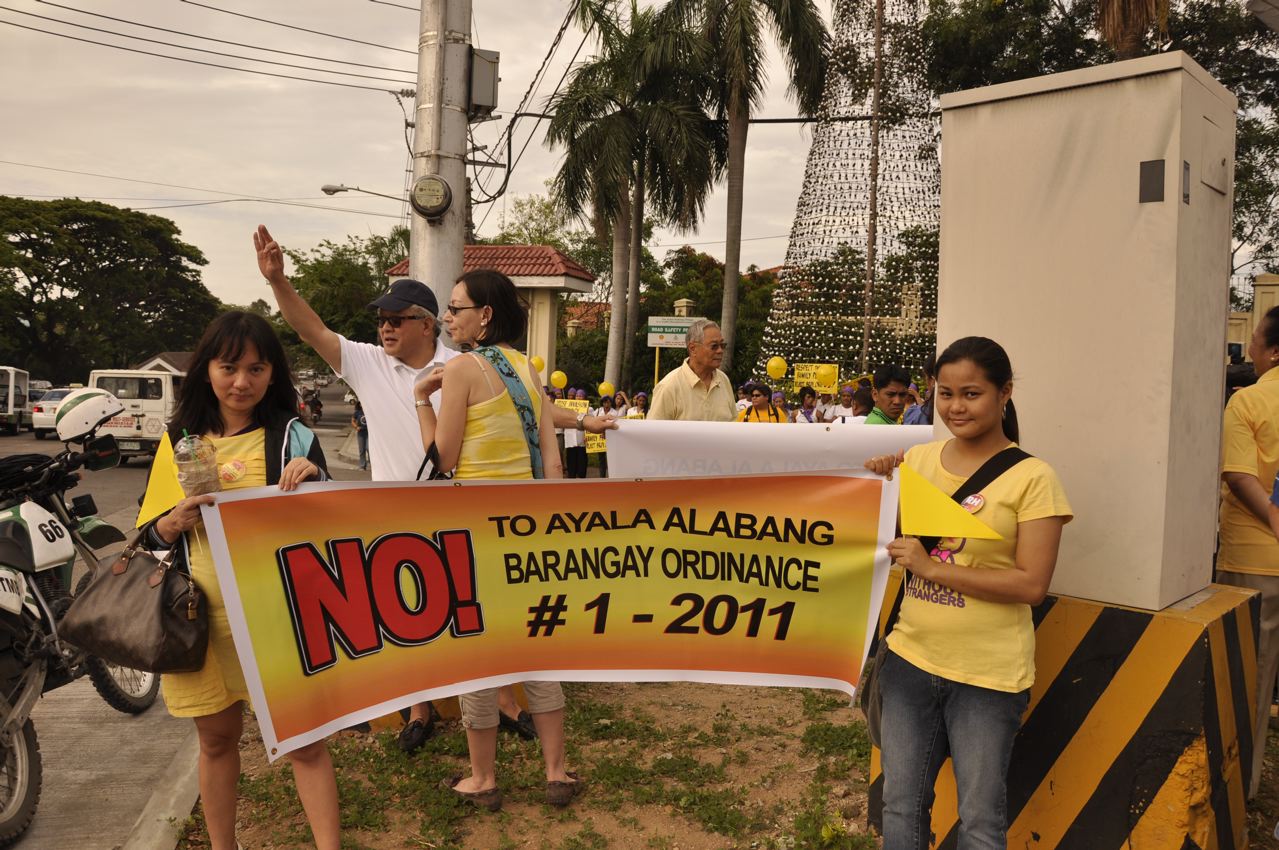 Lea Salonga together with hundreds of supporters from different communities will join residents of the posh Ayala Alabang in a demonstration rally to show broad opposition to Barangay Ordinance 1. An ordinance issued by the council that bans the selling of contraceptives in the village. The rally calls on the Barangay Council to totally scrap the proposed ordinance. 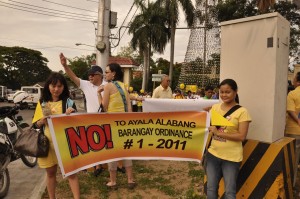 Photo from the protest against the Brgy AAV ordinance on March 19, 2010

WHAT: Demonstration Rally against Barangay Ordinance No. 1