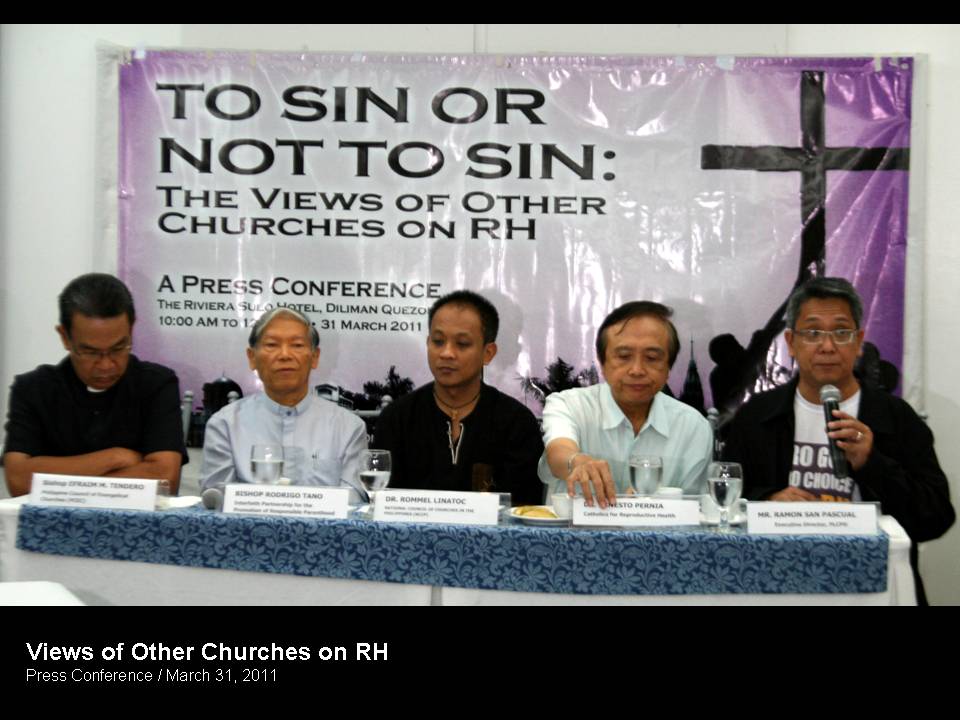 Text and photos by Kara Santos

To Sin or Not To Sin

Amid heightened efforts of Catholic bishops to criticize the Reproductive Health (RH) Bill, the leaders of other churches gathered in a press conference to express their views on the raging debate.

In a press conference held March 31, 2011, representatives from different faith-based organizations expressed their support for the passage of the highly debated House Bill 4244 or the “Responsible Parenthood, Reproductive Health and Population Development Act of 2011” and its Senate counterpart.

The “To Sin or Not to Sin” press conference, held at the Riviera Sulo Hotel, was organized by the Philippine Legislators’ Committee on Population and Development Foundation, Inc. (PLCPD). It was a venue for religious leaders from different churches and a representative from a Catholic organization to express their views on the controversial bill.

Below are some of the main points raised by representatives during the press conference.

National Council of Churches in the Philippines

Interfaith Partnership for the Promotion of Responsible Parenthood

Philippine Council of Evangelical Churches in the Philippines

According to PLCPD, the plenary debate on the RH bill is scheduled to resume in May. While on recess, RH advocates believe that the bishops will intensify their campaign to pressure legislators to oppose the bill and prevent its progress in Congress.