The following message is from Earl Victor L. Rosero:

In the summer of 2010, securities broker Harry Liu, President of the Philippine Stock Exchange Foundation, urged the trading participants of the PSE to donate to the Foundation their old but still working computers for turnover to beneficiary schools. Many PSE members heeded the call.

The principals of Quirino Elementary School and Don Alejandro Roces Sr. Science and Technology High School were able to acquire a combined total of 55 computers from the PSE Foundation. Soon after the start of the current school year, Roces HS promptly installed 25 computer units in its computer laboratory. Quirino ES placed 30 computers in its library and will be upgrading the units a bit with the help of some alumni, so the units will have USB slots for flash drives and peripherals.

Aside from corporate philanthropy, the PSE is also promoting financial literacy by designing teaching modules for the Bureau of Secondary Education. The PSE modules will be pilot-tested in selected high schools.

Beyond these examples, the PSE is close to the center of the beginnings of a revolution in Philippine education involving billions of pesos. Some of the country’s largest corporations have been building their own schools while some have been acquiring either majority or total control of private non-sectarian universities and colleges. They see growth opportunities in education. 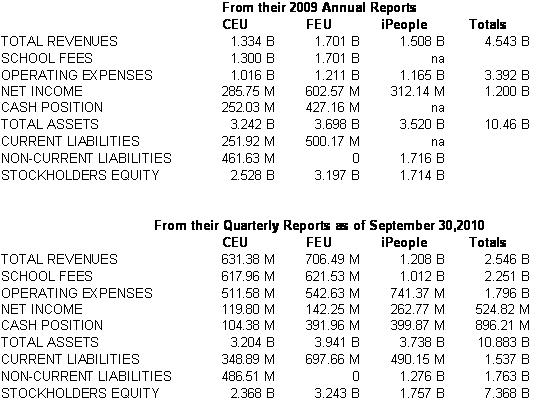 Table 1: Universities that trade on the Philippine Stock Exchange

PSE-listed SM Investments Corporation got a majority stake in the Manila-based, private non-sectarian National University in 2008. Via joint ventures with IBM since 1991, SM owns and runs a top-notch computer school in Makati: Asia Pacific College. Lucio Tan bought the University of the East in 1990, and has been its Chairman and CEO since June 2008. A. Soriano Corporation (Anscor) has a 20 percent stake in Enderun Colleges, which has baccalaureate and non-degree courses in hotel administration, culinary arts and business administration.

Another holding firm, Phinma, invested in and has majority control of Araullo University, Cagayan de Oro College, University of Pangasinan and University of Iloilo. The company chose to buy into these schools because they are in rapidly-growing population centers. Phinma says its total student base is at 25,000. 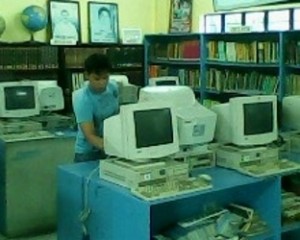 There are many other private colleges and universities which likely need a lot of new capital infusion. The Commission on Higher Education (CHED) says the country has 1,573 private higher education institutions. Most of these schools are unable to raise their school fees to improve their finances because high fees will turn away a lot of enrolees.

Related:  A Nation of Nurses: The Future of Philippine Nursing, Part One

Another notable CSR example is GILAS (Gearing up Internet Literacy and Access for Students), which lists 2,894 schools connected to the Internet and 3,892 about to have web access. Among the GILAS beneficiaries is my high school alma mater, Don Quintin Paredes High School, which is next door to Quirino ES. DQPHS got 10 computer units, local area networking and Internet access. 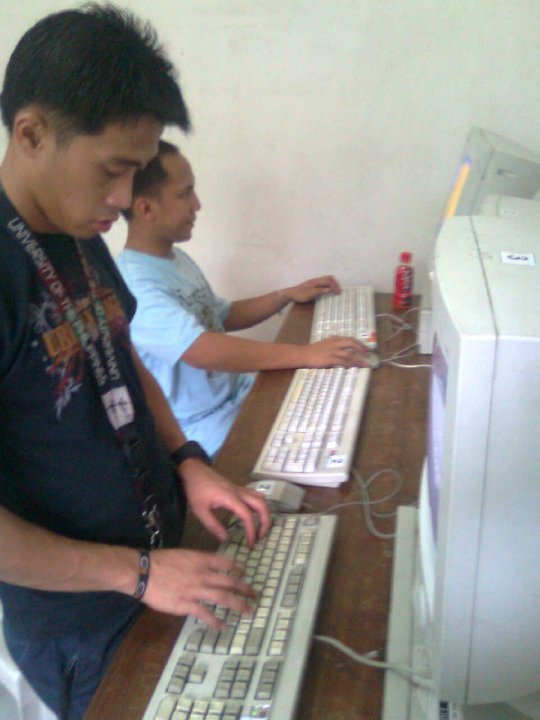 There is a League of Corporate Foundations (LCF) composed of 75 CSR institutions. The LCF has teamed up with Philippine Business for Education, Philippine Business for Social Progress, the Synergeia Foundation, Ateneo Center for Educational Development, and the Foundation for Worldwide People Power to “reverse the education crisis.” Their campaign, which began in 2008, is dubbed 57-75, with “57” representing the national average achievement score of public elementary school students and “75” as the widely-regarded passing mark. 57-75 looks for partners in selected communities, where they all work to improve learning outcomes, especially in Mathematics, Science, and English. 57-75 has six pilot sites.

Scanning through the accomplishment disclosures of the various corporate charity foundations, most of the education CSR projects of the country’s corporate foundations have students as beneficiaries, but much less attention is given to training new teachers, upgrading teachers already in classrooms, and out-of-school youth.

However, while the private sector is active on the education front, some evidence suggests that the state universities and colleges (SUCs) are missing out on the emerging investment revolution in education. This happens while, according to CHED data, enrolment in public higher education institutions continues to rise (from 849,555 in SY 2005-2006 to 1,083,194 in SY 2009-2010) whereas enrolment in private colleges and universities fluctuates within the 1.6 million to 1.7 million range over the same period.

Cases in point are the five state universities based in Metro Manila:

There has been a continuing overall decline in the national government’s subsidy of these five state universities. DBM says these institutions can and are supposed to generate their own income and should become less dependent on GAA subsidy. Maybe this fact is lost to the handful of students and their sympathizers who protest the reduction of the subsidies. They may be unaware that Republic Act 8292 (The Higher Education Modernization Act) empowers the governing boards of SUCs to be self-reliant on resource management and generation. The table below shows a sampling of how these state universities have been able to generate other income.

Table 4: Generation of Other Income by NCR State Universities

Clearly, collecting tuition fees is the easy solution, and this is why some of the state scholars are protesting. But wait, do they really have the right to complain when the tuition rates in their schools are mere fractions of what students pay in the private colleges and universities?

It is also baffling and astonishing that given the brain power residing in these state universities, that they are able to attract grants and donations worth only P74.6 million and have rent income of about the same amount. Are they really putting their brains to good use over there? Are their priorities in proper order? It is very good though that UP was able to reap P307 million in interest income from investments in various securities. The other SUCs have yet to learn this example.

RA 8292 authorizes the CHED to fund the conduct of external management audits the SUC governing boards shall authorize. In 2003, CHED implemented an exercise called SUC Leveling. The SUCs were asked to submit data on their activities in four areas: Instruction; Research; Extension; and Management of Resources. The CHED then assigned scores to the information they received. Here are the results, released in 2007, for four NCR state universities. Most likely UP was not included in the study because it is undisputedly the country’s premiere state university. By the way, why did it take CHED four years to release the results of their study?

This leveling exercise is being done again this year as per CHED Memorandum Order 35, s. 2010 issued by the new CHED Chairperson, Dr. Patricia B. Licuanan. But is SUC Leveling the same as, equivalent to, or even approximating the “external management audit” contemplated in RA 8292 or how it is understood and practiced by audit professionals?

According to the 2003 Leveling results, the management of resources is a distant second or third priority for most and last priority for a few of the participating 107 SUCs. Maybe the SUCs need to ‘import’ executives from the private sector who have expertise as fundraisers, investment bankers or securities traders. Possibly, the need is for a special committee. In the University of the Philippines Charter of 2008 (RA 9500), there is a provision creating a Trust Committee and empowered the UP Board of Regents to select financial institutions hired to manage the funds of the university. Perhaps the other SUCs also need a provision like this so their liquid assets earn more than just time deposit interest.

Congress might consider amending RA 8292 by adopting management paradigms that are new to SUCs but common in the corporate business sector. The university president may not necessarily have to be the chief executive officer as provided in RA 8292. The president can be Chief Academic Officer (CAO) and alongside him or her are the Chief Operating Officer (COO) and Chief Financial Officer (CFO). The CHED and the Search Committees tasked to screen applicants for university presidents may also want to cast a wider net by enticing private sector managers, with the necessary academic credentials, to apply for and become SUC presidents.

SUCs should also be insulated from the political maneuvering of members of Congress and local chief executives. Mechanisms are needed to stop political kingpins from making puppets of SUC presidents and get SUCs to consistently adhere to meritocracy and adopt the full disclosure measures to enforce transparency.

“Everything will be done in broad daylight,” is also the assurance of Finance Secretary Cesar Purisima to the private sector and prospective investors keen on engaging with the Aquino Administration on Public-Private Partnership (PPP) projects. The PPP framework and projects were the centerpiece agenda of the PPP conference on November 17-19, 2010 in Pasay City. 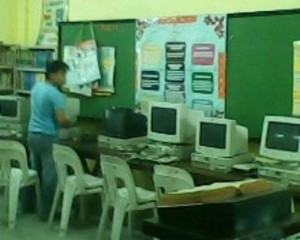 The DepEd also needs financing for the K+12 it wants to gradually implement from 2011 to 2018. Luistro says he will link up with the business sector for PPP projects on education. He should be at the PPP conference, or he could set up a PPP pledging session during the Education Summit he intends to hold in the first quarter of 2011.

Luistro might also want to explore with the Department of Finance the feasibility and appropriateness of raising funds for the education sector through the issuance of education bonds. The country’s financial system is awash with cash, according to the Bangko Sentral ng Pilipinas, and investors are on the hunt for options that will give them good rates of return. An education bond issue of the right size, denominations, features, and safeguards could be the long-sought reservoir of funds to address the decades-old education resource gaps now.