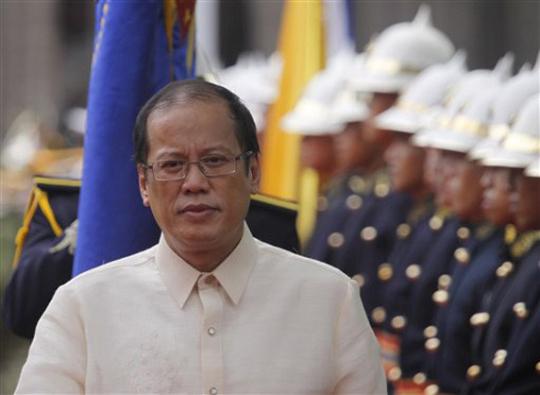 By Amaris Grace Cabason, volunteer for Rock the Vote

It was 6 AM, and dark clouds threatened to rain on the inauguration of the 15th President of the Republic of the Philippines. As we made our way to Quirino Grandstand, the sky slowly turned to gray. Once we got to the venue, yellow started to peek out from behind the blue. Moments after, the sun finally shone, as if on cue, to signal the start of a momentous day.

It was the summer after my second year in law school that I decided to become a volunteer for President Aquino. My strict parents agreed to let me join Rock the Vote, a nine-day road trip around Luzon, to campaign for him, because they have no land nor wealth to bequeath to me, only the hope that the country in which I will bear children will be more stable, economically and politically, than the one in which they raised theirs. During the road trip, I saw how the candidacy of President Aquino restored the hope that Filipinos lost for their government. I saw decent people who had passively accepted the fate of the country emerge and give their time and resources and commitment. I saw anonymous donors give boxes of shirts and pins and fans for distribution, even packs of food to feed us volunteers. These volunteers, myself included, are not heirs nor heiresses, nor do they come from prominent families. These are ordinary, nameless, hardworking, all driven by a dream of a better Philippines.

All these restored my belief that there are still many decent men and women in the country who are willing to give what they can, even when they don’t have much to begin with, to rally behind a person who made them trust public officials again. Last May, millions showed that Benigno Aquino III was that person, because he reawakened many into volunteering and campaigning, not for pay, but for the hope, the dream, the vision that our country can still be run by people who would put the welfare of Filipinos first.

But he is not the messiah, and no President could ever be. If we truly want change, it has to start with us, with the little things we do for our country, like following signs or buying local products or talking about our country with pride. Real change cannot be achieved in a year, or even in a single term. It takes a collective effort to rebuild and restore what greed, corruption, injustice and violence have destroyed. It takes a whole nation to heal an ailing country.

Pres. Benigno Aquino III on the cover of Time Magazine

During the inauguration, President Aquino directed his inaugural address towards the masses in front of him, who waited for hours just to see the person on whom they pinned their hopes. After all, these people comprised more than half of the country’s population, and they were those who most needed the government’s attention.

I was glad that the inaugural address was in Filipino. This may be a simple gesture, a deviation from tradition, but for me, it was an attempt to reach out to the masses, to the bakya crowd, to the poor. He was showing his sincerity as President in his desire to fulfil his promise. It was also straight to the point and talked of feasible plans which were consistent with his message during the campaign: to have a government that is honest and moral, and to start with himself.

One of the issues he touched on was the improvement of the education system. I believe a working democracy starts with an educated people, and so the President’s plan to extend the formal basic education cycle from ten to twelve years makes sense. Most countries in Asia have already adopted a twelve-year education system. In the Philippines, students who complete 11 years of elementary and secondary education are usually from private schools, which offer Grade 7. While K-12 education would make us globally-comparable in education, this would still need to be bolstered by quality teachers, textbooks for every student, and more classrooms.

President Aquino also declared that pre-schooling should be available to all, that every student should be able to read by Grade 1, and that lessons should be taught in the mother tongue until Grade 3, since UNESCO has proven that young children learn best in their mother tongue. He also proposed reintroducing technical-vocational education in public high schools, so that those who cannot afford to go to college can still seek employment. Given the declining literacy rate of Filipinos, which hampers our global competitiveness, I believe that the confluence of these initiatives would give the ordinary Filipino an opportunity to enter good universities, on equal footing with private school graduates. It would also give those who cannot afford to go to college a chance to earn a living.

He also maintained that taxes would not be increased; instead, the collection efforts of the Bureau of Internal Revenue, the Bureau of Customs and other agencies will be strengthened, and closer supervision over these bureaus will be enforced to reduce corruption. A big chunk of the annual budget goes to corruption, but if there is good governance, then there will be more resources for infrastructure projects for transportation, tourism and business, job generation, and affordable health services. If the appropriated budget goes to these projects, down to the last cent, then roads can last for decades, connecting rural areas to the city centers. Investors can expand their operations in the country, opening up new jobs for many. The poor will have access to health services through PhilHealth or other government provided health insurance. Corruption deprives the Filipino people of these services, and President Aquino vows to change this. As he said, “Kung walang corrupt, walang mahirap.”

The hopes of millions of Filipinos now rest on the shoulders of a man who, a year ago, was content to be in the background. I remember something Dumbledore said in Harry Potter and the Deathly Hallows:

“It is a curious thing, Harry, but perhaps those who are best suited to power are those who have never sought it. Those who, like you, have leadership thrust upon them, and take up the mantle because they must, and find to their own surprise that they wear it well.”

President Aquino did not seek the highest post in the land because he knew it was not a privilege but a responsibility. But he heeded the call of the people, and now he is the 15th president of the Republic of the Philippines. As he answered our call, maybe now we should answer his—that we strive for a better country by fulfilling our responsibilities, and make the Philippines a place that her people can proudly call motherland.